I remember watching Nick at Night as a child and wondering why all of the old sitcoms showed married couples sleeping in separate beds. Every married couple I knew slept in the same room and in the same bed. It wasn’t until I grew older that I realized that the producers and careful network television stations were afraid of the sexual inuendos that accompany two people sleeping under the same sheets. GASP!

I was thinking about that the other day as I left a meeting where I spent a large portion of the time trying to convince a very established business that they could do more with less if they could bring themselves to escape the mindset that their traditional and digital marketing strategies needed to be kept separate.

It’s perfectly okay for your traditional marketing like radio, television, and print to sleep in the same bed under the same bed sheet strategy with your social media and a lead-centered web strategy. That’s how beautiful integrated marketing campaigns are made.

You see, sometimes, when a  30 second television commercial falls in love with a website landing page … ahem, well you get the picture. It’s not dirty or risque. Hell, it’s not even that controversial anymore. It’s just smart business.

Seasons of transitions that move us from one paradigm to the next are often overlooked for too long by established businesses and adopted too quickly by companies wanting to appear trendy and “with it”. I came to EM with a background in 21st century digital content and social media marketing. If you were to catch me at an after-hours event or engage me in some really nerdy coffee talk, I’d happily tell you why traditional media was a wasteland of money-grabbing and waste. If you were unfortunate enough to get me all riled up, I’d talk with equal fervor about the sad degradation of social media for business as it increasingly moved to a “pay-to-play” model.

Oh, the idealism of youth.

To be fair, I wasn’t the only one. Almost every thought-leader in the digital marketing industry was lamenting the same things. Why wouldn’t we? After years of being able to build our communities on the back of creativity and engagement, we slowly saw our organic reach dribble away to single digits. That’s a tough pill to swallow.

I’ve since changed my tune.

Traditional media still has its place, and though there is nothing like organic reach on social media to build community, there is absolutely a place for paid social media advertising. It’s all a part of integrated marketing, and that integration, my friends, is what truly transforms a business.

Once I joined EM, I slowly moved away from a niche agency mindset. I was able to see both digital and traditional media as a tool in our attempts to help clients reach their goals. It wasn’t that I had been guilty of not doing what was best for my clients prior to EM, but when you’re running a small agency, you are most often dealing with smaller budgets that aren’t best served in traditional media outlets that usually carry a higher price tag and less targeted impressions.

What I’ve learned in the past year is that not only does traditional media still have a place, but it does an awful lot to add credence and validity to your digital marketing efforts, especially when you are dealing with demographics over the age of 40.

But if you’re reading this, you’re probably wanting some examples of how to get your hands dirty. I would hate to disappoint you.

3 great ways to combine traditional and digital marketing tactics to form the foundation of a solid integrated marketing plan.

1. Attach Postcard Mailers to a Landing Page on Your Website

Landing pages are the arteries and veins of your online sales funnels, but using them solely on digital platforms assumes that your audience is a primarily digital audience.

What if you’re a commercial realtor targeting a certain neighborhood or a physician group wanting to attract new doctors to your practice from medical schools in your region?

Normally, you would send out a postcard to flyer the businesses and schools with the hopes that it ends up on the top of a decision maker’s pile of mail or on a bulletin board at the school. You would list a phone number or some small tear cards that could be mailed back requesting more information–easy peasy. That’s traditional marketing 101.

Transactions that used to take a week or more can be completed in fewer than 5 minutes. Work smarter, not harder.

Billboards are a tricky business. They aren’t the cheapest medium, so the temptation is to try to get us much information on them as possible when, in fact, study after study shows that the more singular and simple the message the more memorable and effective the billboard is.

For that reason, it’s often best to let a bold, singular image do the work and use the copy to lead the audience to go deeper on some other medium.

Let’s assume that you are an insurance agent, and you have money allocated to billboard advertising for the next 6 months. Normally, after your 6 months is over, your returns stop because your billboard is removed and you are no longer top-of-mind.

One way to integrate your billboard spend with digital marketing is to start an engagement campaign linked to social media that at least has a chance to catch on and live long after the billboard is taken away.

Now, listen closely. Here is a major key to your success.

The hashtag needs to be centered on the user, not on you. I know, it sounds crazy, but it needs to be fun and engaging for the audience, and not seen as a boring, self-serving promotion of your company.

Instead of it being #HollyJonesInsurance, make it #IHopeTheyKnowHollyJones. It’s a simple tilt that makes a huge difference.

Follow that hashtag daily using a tool like Hashatit or simply check in on the native social platforms. Try to engage every person that uses your hashtag quickly and with personality but without seeming spammy. What I mean by that is do not reply to each person the same. Show that you’re engaged with them by replying sincerely with context and nuance, and they will engage with you.

I guarantee you that the next time they need insurance, you will be the person they get their first quote from.

3. Make Sure Your Next Event is Optimized for Social Media

It’s event time. Maybe you have an annual sidewalk sale. Maybe it’s a fundraiser or open house on a hot property.

Whatever it is, you need to get the word out not only prior to the event, but also while the event is happening. One important part of the planning process that companies and organizations often overlook is making sure they have a social media plan specifically for the event itself, and I’m not just talking about boosting a couple posts and creating an ad prior to the event, although that is important.

Not only will it lead to more traffic, but that level of engagement builds trust and loyalty that will extend long after the promotion or event has ended. It shows that you are paying attention to your customers and clients, that you want to be a part of their day moving forward as they change the way they interact and navigate their lives.

If you have any questions about what you are currently doing, or if you would like to schedule some time with me or one EM’s other strategy executives, click the handy button below, and we’ll reach out to set something up.

My goal is to always give more value than I take. I promise you that our time together will not be wasted.

Maneuvering The Changing World Of Marketing 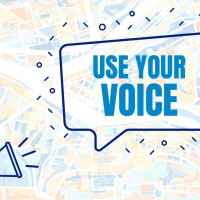