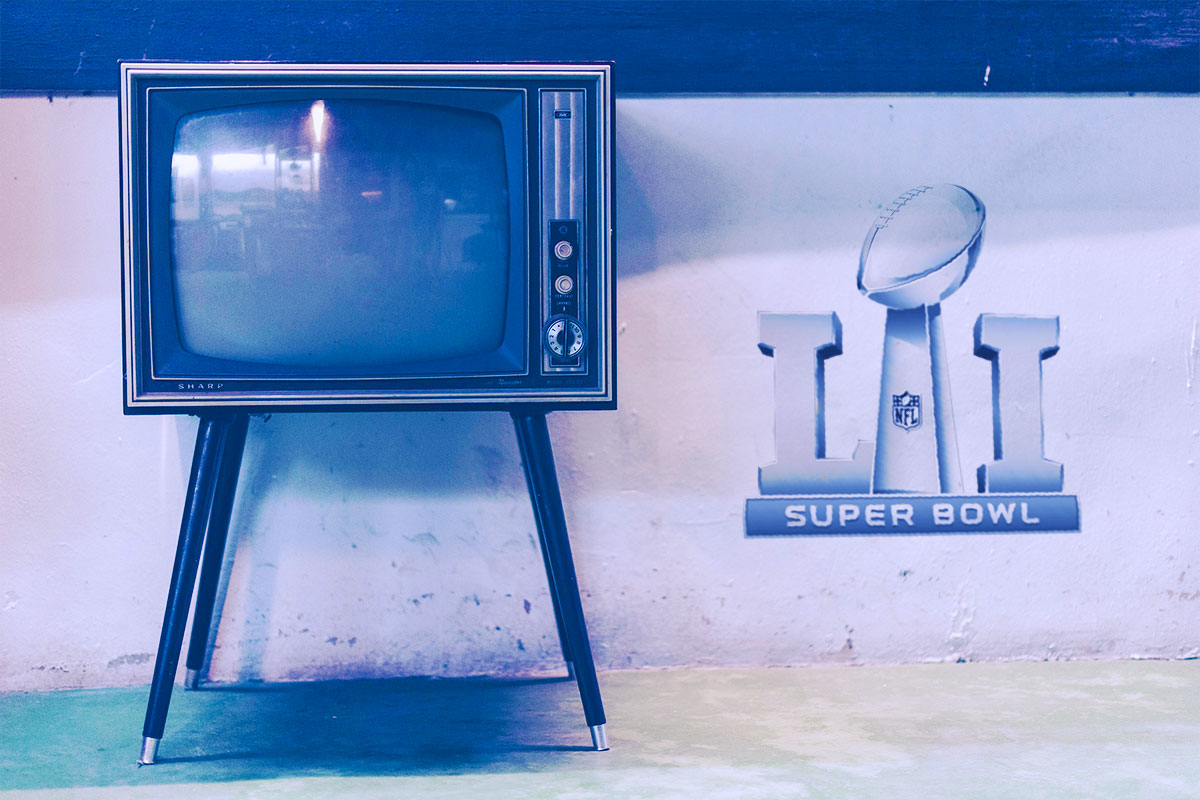 Superbowl 51 will go down as one of the great Super Bowls in NFL history.

While I haven’t heard anyone say the same about this year’s Super Bowl commercials, I can honestly say that I can’t remember a Super Bowl where brands took such divisive stands on cultural and political issues.

I was asked to write a piece on the Super Bowl 51 commercials. So when I arrived at work the morning after the game, I asked the team at EM to give me their top three winners and losers from last night’s advertising sweepstakes.

I thought there would be some sort of consensus. As usual, I was completely wrong. I’ve still declared winners and losers, but I’ve also given some of the dissenting feedback and debate that was heard around our office when each person put their two cents in.

No matter what I write here, I doubt I’m going to be popular tomorrow.

This was the only unanimous winner, and for some reason I don’t hear a whole lot of buzz about it. It wasn’t emotionally charged. It didn’t pluck at our heart strings, and it didn’t make a political statement.

What it did was appeal to all the women looking at houses filled with Super Bowl party mess and husbands in a nacho coma.

“This was by far the funniest, and I think it captured every woman’s true fantasy to have her husband clean the house!” -Larae Messer

What is the ROI of being seen as altruistic and taking care of our military families in today’s culture? Track Hyundai over the next year. It should give you a little bit of an idea.

“My top commercial from last night was Hyundai. What they did for the service families was spectacular. I thought the spot showed innovation and a big heart.” -Wayne Hardy

“They saved the best for last. That old saying rang true for me. The live shots of military families enjoying the game together even though they were a continent or two apart hit me at my core. I think it did for a lot of people.” -Michael Emmerling.

I honestly thought this would be what Mr. Clean ended up being. Anheuser Busch told a compelling story in a way that the brand used to do back when it was appropriating Custer’s Last Stand and other stories and myths of Americana.

It was not. In some instances, some team members had it as the biggest loser of the night. Still, at the end of the day, the commercial received a lot of chatter on social media and had talking heads on cable news showing the commercial. That’s an awful lot of free publicity.

“I thought Budweiser had the best ad of the evening. I posted something about it on social media and had a lot of people going back and forth. It definitely moved the needle in awareness. It made a statement, but I thought it was responsible and not really that controversial when you really think about it. It told a great immigration story of someone finding their fortune in America. What’s more American than that?” -Jim Emmerling

“Aside from the commercial being shot extremely well, I didn’t like the Budweiser commercial. it was completely false. If you’re eliminating the clydesdales all together, don’t try to retell a well-known story and lie about the whole thing. A lot of people know the story and the brand. I feel like by trying to rewrite history, they completely messed up.” -Larae Messer

84 Lumber Walk to the Wall

This is another Super Bowl commercial that I thought would be a unanimous winner but wasn’t. 84 Lumber did an excellent job with the production value and plucking at our heartstrings, but some thought there was a sizable disconnect with the company itself.

While the internet debates on what the actual message 84 Lumber was going after, and whether it was supporting the current administration or standing in the face of it, we can all agree that it was memorable and the amount of brand awareness crashed the 84 Lumber site well into the morning after.

“I think the winner of the night was hands down 84 Lumber. The visuals were just so powerful, rugged and raw. I think FOX banning the end of the commercial is deeply unfortunate, but possibly a blessing in disguise. Everyone wants to see something they weren’t allowed to see. Best commercial, maybe. Biggest winner, definitely.” -Caleb Filburn

“I wasn’t crazy about the 84 Lumber spot. I mean the message was fine. I didn’t have any issue with them taking a stand. My issue is that the story had no ending, and for 5 million dollars, I think your commercial should tie into your company at least a little bit. I know people could go to the website, and they obviously did, but I just thought it could have been executed better.” -Jim Emmerling

We All Belong at Airbnb

Of all the winners, I think that Airbnb did the best job of actually tying their message to their product and service. Their message of being inclusive and tolerant, that the world is a better place because it is diverse, and it easily tied into Airbnb’s public announcement that those offering lodging on the upstart hospitality company would not be allowed to discriminate for any reason whatsoever or risk being banned.

Their Superbowl commercial was a winner because it was simple, elegant, memorable, and offered a brand positioning inside their industry.

“I thought Airbnb had a really strong spot. I thought the way they matched the faces and transitioned them so that they gradually changed was a really lasting, impactful takeaway.” -Michael Emmerling

Let’s just go ahead and mention the elephant in the room. Ernie, the … uh … elephant just isn’t working. He’s been around for a few years now, and everytime I have to talk or write about him, I still have to look up his name.

At the end of the day, Super Bowl commercials simply cost too much money to miss the mark not just on a commercial but on a creative direction.

These don’t even get to be separated. I don’t care whether it’s Mobile Strike or World of Tanks, they just don’t seem to work in Super Bowl ads.

These were unanimously voted as losers. I have nothing more to say about them other than I’m never quite sure what audience they’re trying to hit, and when I do think I know the audience, I wonder if it’s a good choice.

“You know what commercial I thought was really bad, the one with the helicopters and Arnold. I have no idea what is going on there. Do you think they will make their money back on that? I just don’t see how they get a good return.” -Wayne Hardy

“I’ve played World of Tanks, and it’s actually a really great game, but it’s really in-depth and technical. I thought the spot with the arguing mothers and a tank that randomly bursts through a wall was just nonsense knowing what the game experience is.” -Caleb Filburn

We actually had pretty nice things to say about the “Riding on Dragons” spot, but the Alfa Romeo brand just seemed out of place during the Super Bowl. We had conversations surrounding this because we readily accept other luxury car brands, but a car that’s known primarily for race cars seemed like a reach in audience.

Or maybe we’re just haters because we want one. You decide.

“I don’t think that many people in the market for a race car are going to be sitting back drinking a bud light and watching the Super Bowl. And even if they are, they probably already know about the brand. I feel like companies like Alfa Romeo don’t need to make commercials for the Super Bowl.” -Larae Messer

“I love cars, and their cars are amazing, but I agree with Larae. I don’t think Alfa Romeo is going to sway anyone to buy or not buy based on a clever commercial. I did like the tagline though. That was well done.” -Caleb Filburn

These brands were winners, but they didn’t make it into our top 5.

Christopher Walken dramatically quoting N’Sync lyrics that just so happen to be the name of the drink. I loved this commercial, but I love both Walken and Timberlake, so I might be bias.

Google Home and other virtual assistants are usually pitched to the tech-forward and millenial crowds. I thought Google did a great job positioning Google Home to average families. If they could take that market share, their products are immediately viable in the marketplace.

Ford may have been disadvantaged being positioned so early because I thought they had a great spot. The entire commercial I found myself wondering which company was going to help me out of the frustrating moments in my life. It was Ford helping me go further.

Two days after the Super Bowl, people are still talking about these three commercials. That kind of visibility and air time is extremely valuable.

There’s nothing really to add here except this ad was talked about long before the Super Bowl aired. It stirred enough emotion and push-back that social media campaigns sprang up to #BoycottBudweiser. Yeah, I know. Like that will happen.

Audi was a commercial that people either loved or ignored because of its message. But if you get people talking about the message of the commercial, the commercial become instantly buzzworthy.