Having been a season ticket holder for longer than many Pittsburgh Pirate fans have been alive, I’m invested in this team. I sometimes question whether or not the passion that I carry for the club is reciprocated by the organization.

If you have a broken printing press, you’ll fix it, or no one will get their paper. Isn’t that correct, Bob Nutting? Same goes for baseball, or at least, it should. If the players you have aren’t delivering, then you get new ones or make changes in order to win.

Not only is the decision making by the Pittsburgh Pirates organization hurting the team’s record, it’s also affecting economic outcomes in the city, especially on the North Side. As a business owner in the city’s Deutschtown neighborhood, it’s obvious to me that changes need to be made.

Change is good. The Pittsburgh Pirates management must not see it that way, but the desperate need for change is glaringly obvious to the rest of us Bucco faithful. Those in the decision making process have to be held accountable.

The Pirates are now ⅓ of the way through the season and currently 28-26, teetering on the edge of .500, having lost 9 of the last 11. When you lose 9 out of your last 11, something’s got to give. It’s been said that insanity is repeating the same thing over and over again and expecting a different result. Why stick with the status quo when it’s proven to fail time and time again?

Past the wins and losses column, other issues should be staring Nutting and the rest right in the face: empty seat after empty seat after empty seat inside PNC Park. The Penguins aren’t playing summer hockey for the first time in three years, we’re about two months out from Steelers training camp, it’s prime baseball season…and fans are nowhere to be found. Announcers and others blamed a cold, blustery April for the lack of attendance at the ballfield. Now it’s late May, and the weather is beautiful. But fan empathy is at an all-time low, and that’s not the fans’ fault—that’s the team’s fault for not creating a consistent product. So now that we are finally experiencing baseball weather, those fans aren’t interested.

Truthfully, it’s hard for me to blame them.

Not only was attendance sparse at best last evening, but there were almost just as many red and blue jerseys as black and gold. That’s shameful! Plus, when fans aren’t in seats inside the park, they’re also not on the North Shore pregame and postgame, stimulating the local economy.

Traffic should never be allowed on Federal Street before, during or after a ballgame. Close it off. Let the fans who do attend mingle and socialize at the bars and restaurants lining the exterior of the ballpark. I was the only person in Hyde Park next to the stadium after last night’s loss to the Cubs. Has the organization ever thought about negotiating a fee with area businesses based on fan attendance or games won? The city of Pittsburgh experiences considerable economic ramifications when the team isn’t performing.

In addition to these headaches, there appeared to be mutiny in our dugout recently. After Cubs first baseman Anthony Rizzo’s controversial slide into Bucs catcher Elias Diaz on Monday, frustration was evident between Bucs players, who rightly wanted to retaliate in some way, and their coaches. What really was said between David Freese and third base coach Joey Cora? Sometimes you have to make a statement in a game because that statement carries into the next game. And sometimes, you’ve just got to stick up for yourself. Bullies will bully as long as you let them. 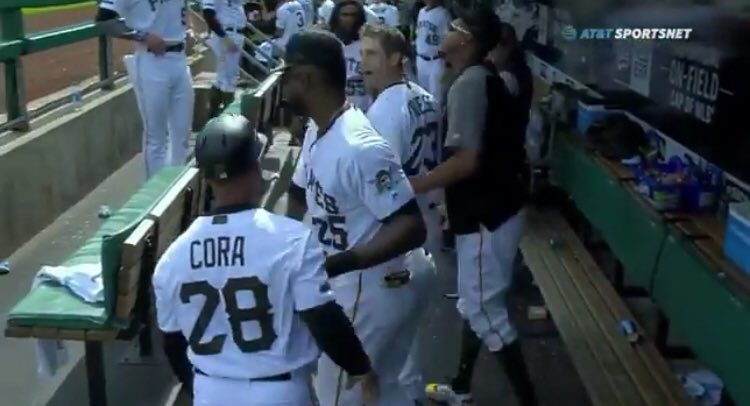 Speaking of bullies, after being ejected for arguing the hit, Clint Hurdle found himself the subject of Cubs manager Joe Maddon’s bullying. Long story short, Maddon made Hurdle and the Pirates look like fools to the media and beyond. Hurdle, do you defend your team to the extent that you should, or do allow yourself and your players to be pushed around? I remember when our team marketing slogan was “Pride, Passion, Pittsburgh Pirates.”

Where is that pride now? Where is the passion? There is surely not enough coming from this team, its coaching, or its management.

There is little to no effort to change up the current lineup to better the outcome of these games. Sometimes the next man up simply is not the best man for the job. Start Rodriguez over Dickerson in a key game, please. I wouldn’t have an account executive develop a website. Let people work where they fit best. When you lose a relief pitcher early in the season, go out and get another one. Make Glasnow your closer: who wants to face an erratic 100 miles per hour fastball? Let him intimidate. Rumor has it, they’ll send Meadows down to save a year of eligibility. If that’s true, be straight about it. We can handle the truth! Finally, we are obviously going young. We need leadership that can motivate our new era of baseball.

I said from the get-go that 70 wins is what we were going to get based on this roster. My solution: play the players who are giving it all, and keep the veterans who have the right attitude and want to be part of the growth. Fill the holes with new, young talent. There’s plenty to call up. Demand 100% effort of them at all times, as this is what they are paid for. As I stated, this is not our year to win the World Series, but fans will come if you put out a lineup that people want to see and those guys give 100%. If 70 wins is what we’ll achieve, let’s win those 70 with the future, not mediocre have-beens, and build a new culture. Sometimes you lose money now to make money later, but don’t sit on your hands in the meantime.

If anyone wants to chat more about anything from Bucco baseball to advertising and marketing, feel free to stop by our James Street office. I’d love to have you for a visit!

5 Hacks To Improve Life In Your Office 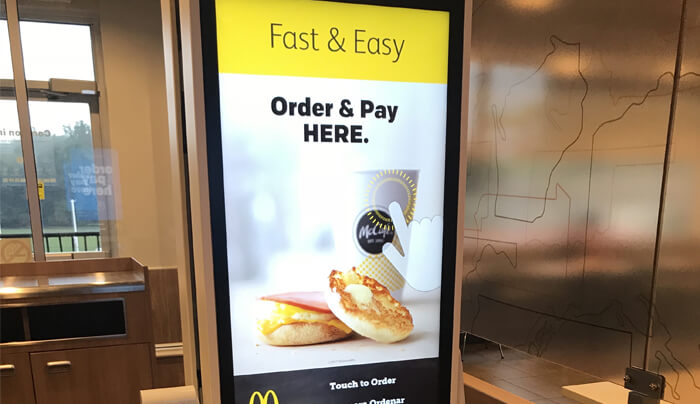 McDilemma: How Automation is Changing our Fast-Food Experience