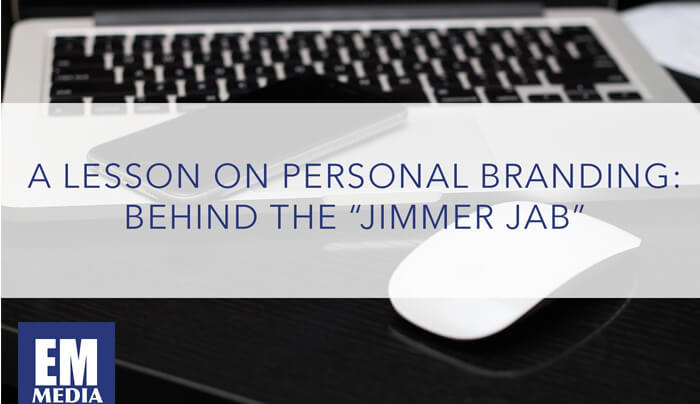 A Lesson in Personal Branding: Behind the Jimmer Jab

END_OF_DOCUMENT_TOKEN_TO_BE_REPLACED 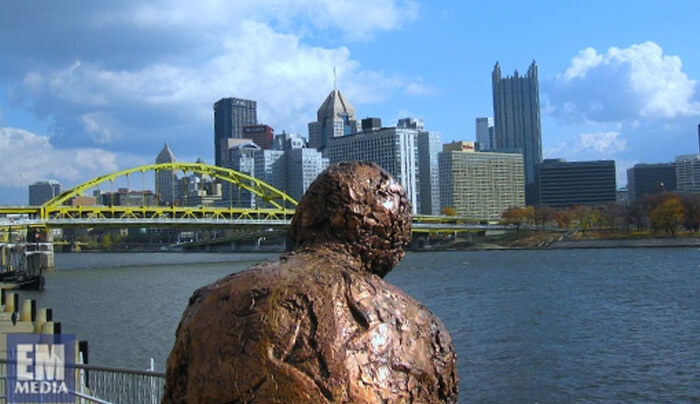 Being a Good Neighbor Means Doing the Hard Things

END_OF_DOCUMENT_TOKEN_TO_BE_REPLACED 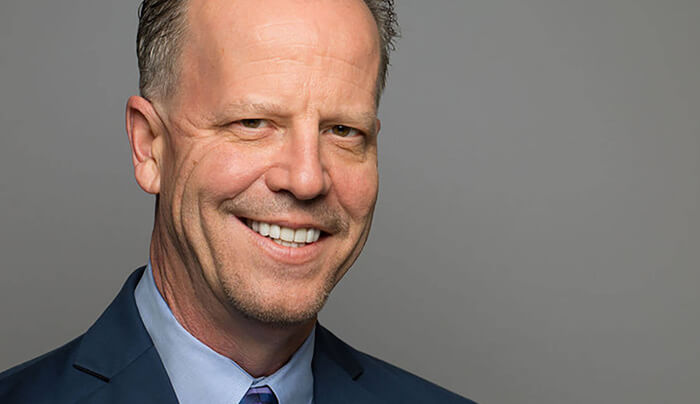 EM-Media is Expanding into Pittsburgh

“In a way, I was born twice. I was born in 1934 and again in 1955 when I came to Pittsburgh. I am thankful to say that I lived two lives.” Roberto Clemente

END_OF_DOCUMENT_TOKEN_TO_BE_REPLACED 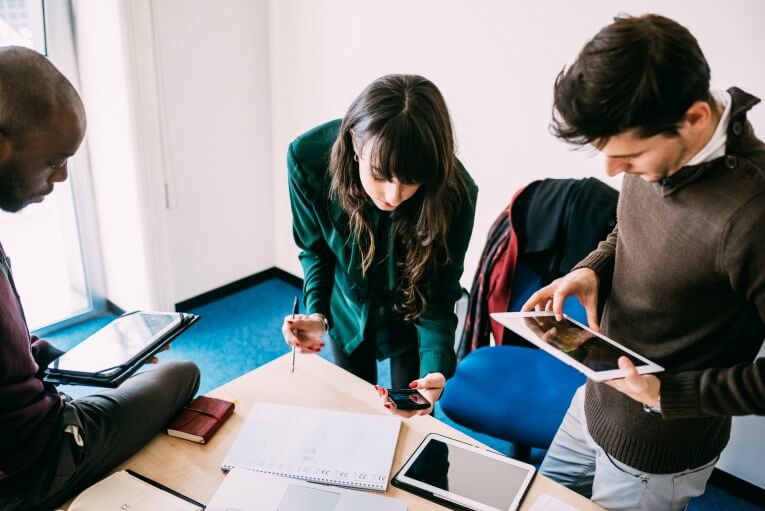 A NOTE FROM JIM EMMERLING, PRESIDENT OF EM-MEDIA:

END_OF_DOCUMENT_TOKEN_TO_BE_REPLACED 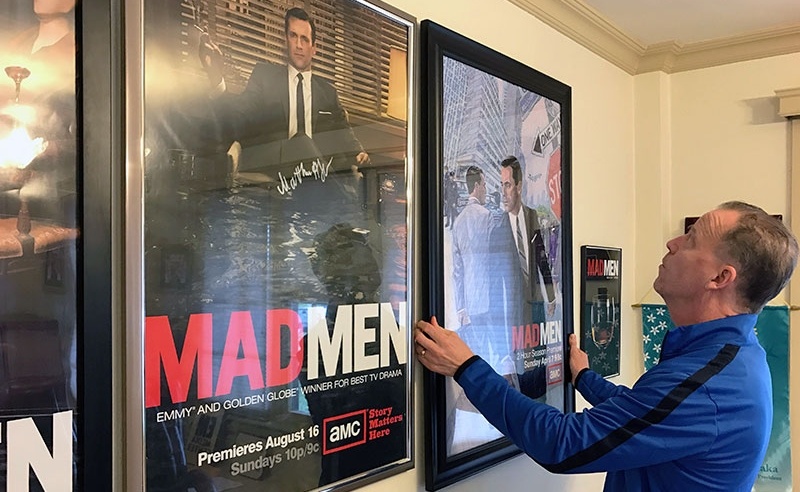 Advertising is based on one thing: happiness. And do you know what happiness is? Happiness is the smell of a new car. It’s freedom from fear. It’s a billboard on the side of a road that screams with reassurance that whatever you’re doing is OK. You are OK.

Don Draper was a character I always related to. It wasn’t that he was an ad man. It wasn’t that he had a certain style and charisma that I admired. What I really related to was Don’s inner tension. He was a product of his time and yet so far ahead of his industry, and for better or for worse, he was mostly unapologetic about the way he interpreted and acted on the events that happened around him.

I have felt that tension in my own life lately. I have felt the negativity and the cynicism that seems to be a huge part of our nation and world today. I have felt the need to speak up while at the same time being aware of the lessons that I’m meant to learn along the way. I have faced my own demons and fears, and I continue to face them with an honest and open heart.

But on the other side of that tension are so many good things. On the other side, I’ve found family and friends that love me and believe that my heart is worth having. I have found that even as we grow and expand, EM remains a family-like atmosphere, and I have found that amid all the confusion and negativity, there is strength in following your path and finding the good in those around you and the circumstances you find yourself in.

But I asked myself, what would happen if I began encouraging the team at EM to lead with their heart as well. Yes, I’d love to see them do so in their personal lives, but I’m talking specifically about how we all go about our work at the agency. What would a heart-led agency look like.

Here are a few ways that I think EM-Media is already well on her way to marketing with heart.

END_OF_DOCUMENT_TOKEN_TO_BE_REPLACED

Shop Where you Live This Holiday Season 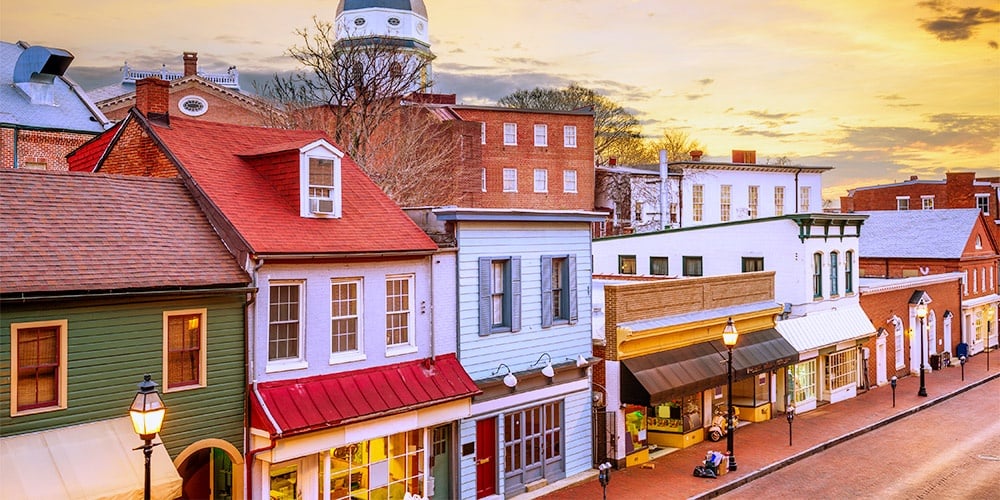 One of my growing passions is the continued economic growth of our region. Pittsburgh continues to show that its rebirth is not just a fad, and I think you are seeing that carry-over into the recovering mill towns that sit on our rivers and the coal mining towns that are nestled among our hills. I’m not saying that there isn’t still plenty of struggle to go around, but I do believe that we’ve seen improvements over the last decade in cities across the tri-state area like Wheeling and Morgantown in West Virginia, Canton and Youngstown in Ohio, and Cranberry Township and other outlying areas surrounding the Pittsburgh metroplex.

One of the trends I’ve seen that almost always trigger sustainable economic growth is the growth of small business. It’s easy to get drawn by big box stores and chain restaurants, but what really seems to stabilize a community is when a city keeps its money in the local economy.

END_OF_DOCUMENT_TOKEN_TO_BE_REPLACED 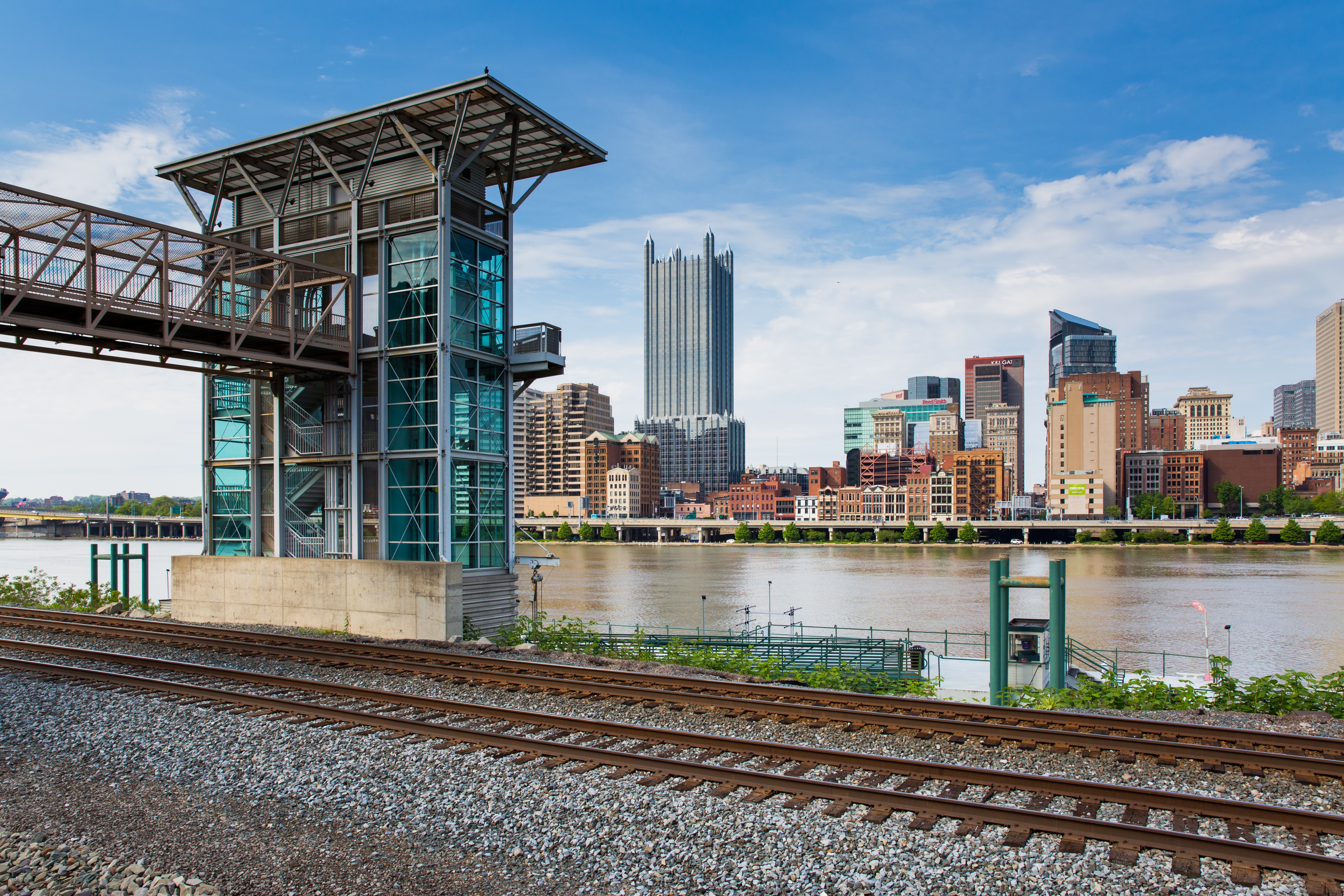 When I’m in Pittsburgh, I often get asked where Em-Media is based. When I tell them that our agency is located in Steubenville, Ohio, they often act surprised that we’re at a networking event in Pittsburgh.

“Steubenville, Ohio?! How long does it take you to get here?!”

My answer is always the same. “Less time than it probably takes you.”

In the late 90s, I developed a campaign and corresponding jingle called ‘Burb of the ‘Burgh. The idea was to get across one simple idea. If you were interested in saving time instead of mileage, Steubenville, Ohio was a more than viable option–lower taxes, affordable housing, and good schools were just a few things that this Pittsburgh kid has found by moving, “ … two states over but right next door.” It’s less than a 40 minute drive from my office to some parts of Pittsburgh. Sometimes it takes that long to get from downtown to Murrysville.

Lately, I’ve been thinking a lot about this same thing but from a different angle. I get it, some of you are never going to leave the city for my little piece of paradise. I think a lot of this has to do with Pittsburgh reinventing itself over the last decade and a half. It’s being heralded as the new Brooklyn. It consistently ranks as one of the best cities to live. And here I am with one burning question, When are we going to fix our outdated public transportation system?

When are we going to bring the ‘burbs to the ‘Burgh?

END_OF_DOCUMENT_TOKEN_TO_BE_REPLACED 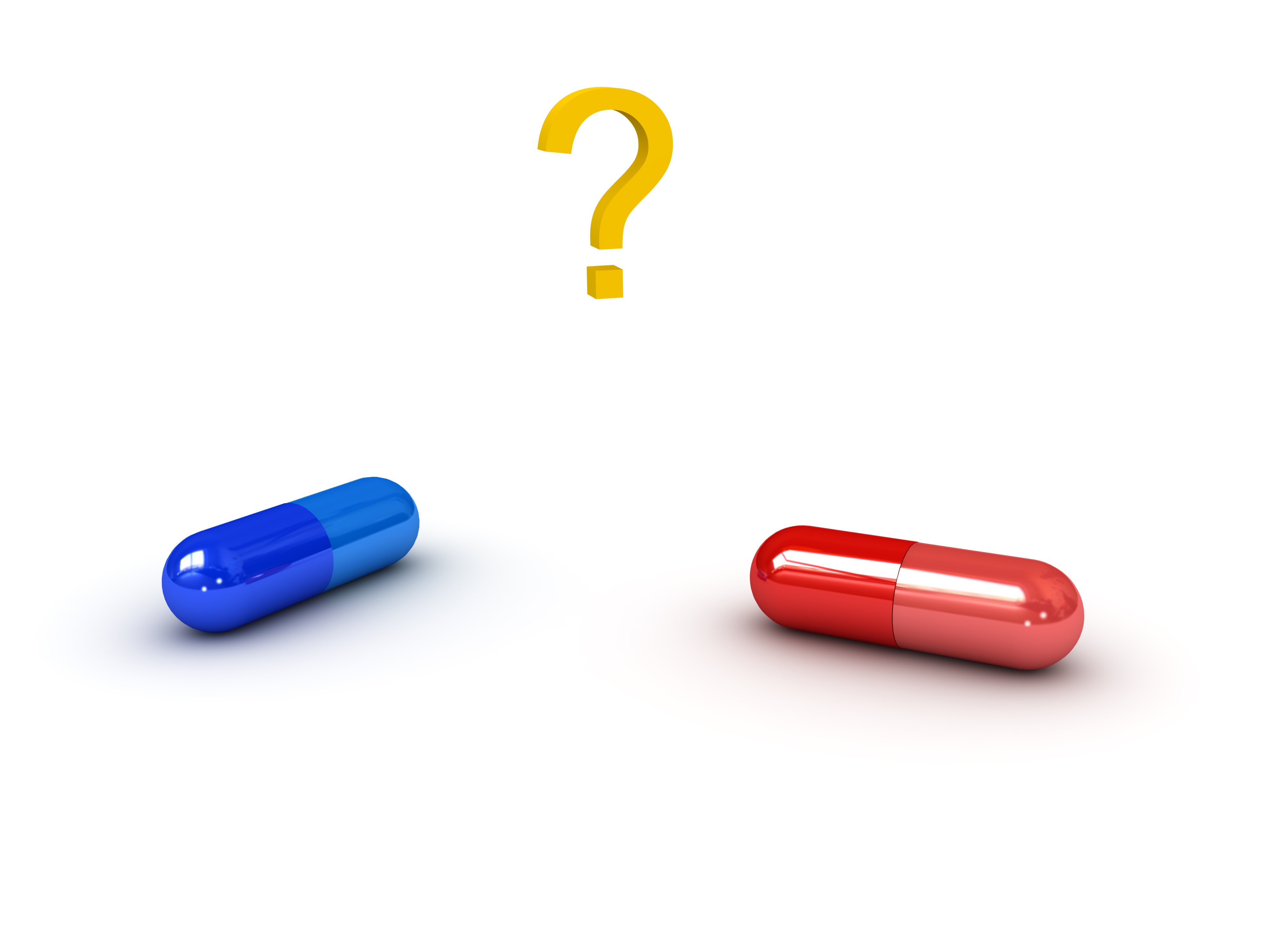 Last Thursday, Donald Trump officially accepted the nomination to be the Republican nominee for President of the United States of America. This week, barring some unforeseen event, Hillary Clinton will do the same for the Democrats.

America is not short on opinions right now when it comes to these candidates, and I can’t remember an election when the sides seemed more resigned than excited about who their party is nominating.

On one hand, you have Trump. His supporters say he’s Washington outsider that has been a royal pain in the ass to the GOP establishment. He’s brash, arrogant, and unafraid. His detractors call him a bully who manipulates the fears and underlying resentment of whites in an increasingly diverse America.

On the other side of the aisle, you have Clinton who supporters will tell you is experienced, smart, and knows how to get things done in Washington. Her opponents will quickly point out that she’s everything wrong with American politics–a professional liar whose political career has been filled with scandal, whispers, and political maneuvering. A career that, along with her husband, has drawn comparisons to the rise to power of Frank and Claire Underwood from the popular Netflix series House of Cards.

On both sides, we are faced with a decision that has caused many to ask, “What are we doing wrong in our primary process,” when faced with the prospect of choosing one or the other. But whichever way you vote, I think there are some very interesting things that we can take away from these two candidates and our reactions to them.

If they’re really so bad, how did they get here? How did this happen, and what does it say about how we make decisions?”

Here are 3 things this election cycle has reminded me about how we as human beings make decisions whether it’s an election, where we buy a new car, or which doctor we choose.

END_OF_DOCUMENT_TOKEN_TO_BE_REPLACED 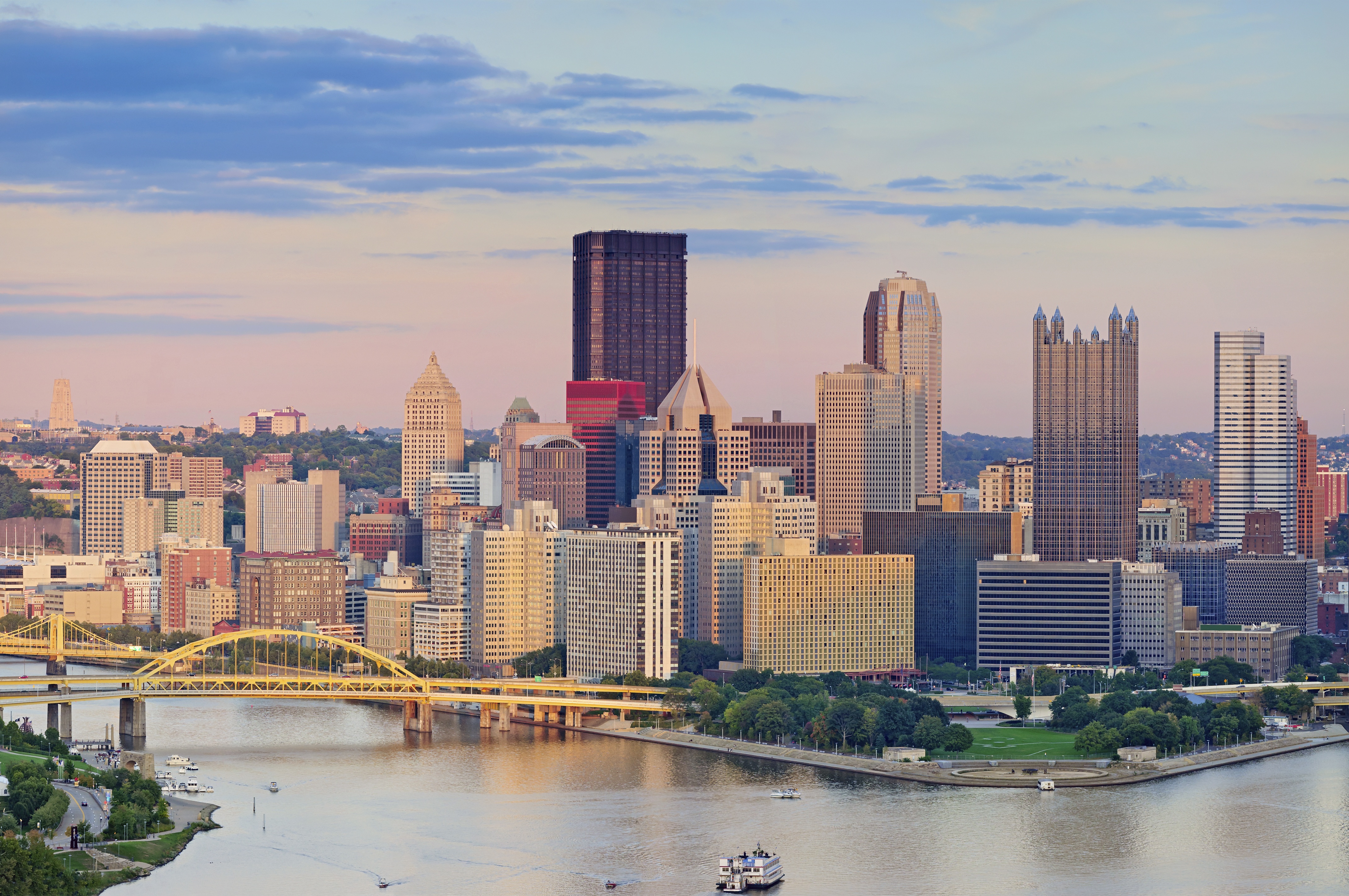 Em-Media will soon be one of Pittsburgh’s premier advertising and marketing firms.

Yes, that’s brash and maybe a little cocky. We’re not only convinced of our ability to serve absolutely any client with our team of empowered, young creatives and experienced account managers, but we’re determined. After thirty-plus years into my media career, I have learned that when I decide to do something, I will do whatever it takes to make it happen.

END_OF_DOCUMENT_TOKEN_TO_BE_REPLACED

What Makes A Person Likable? 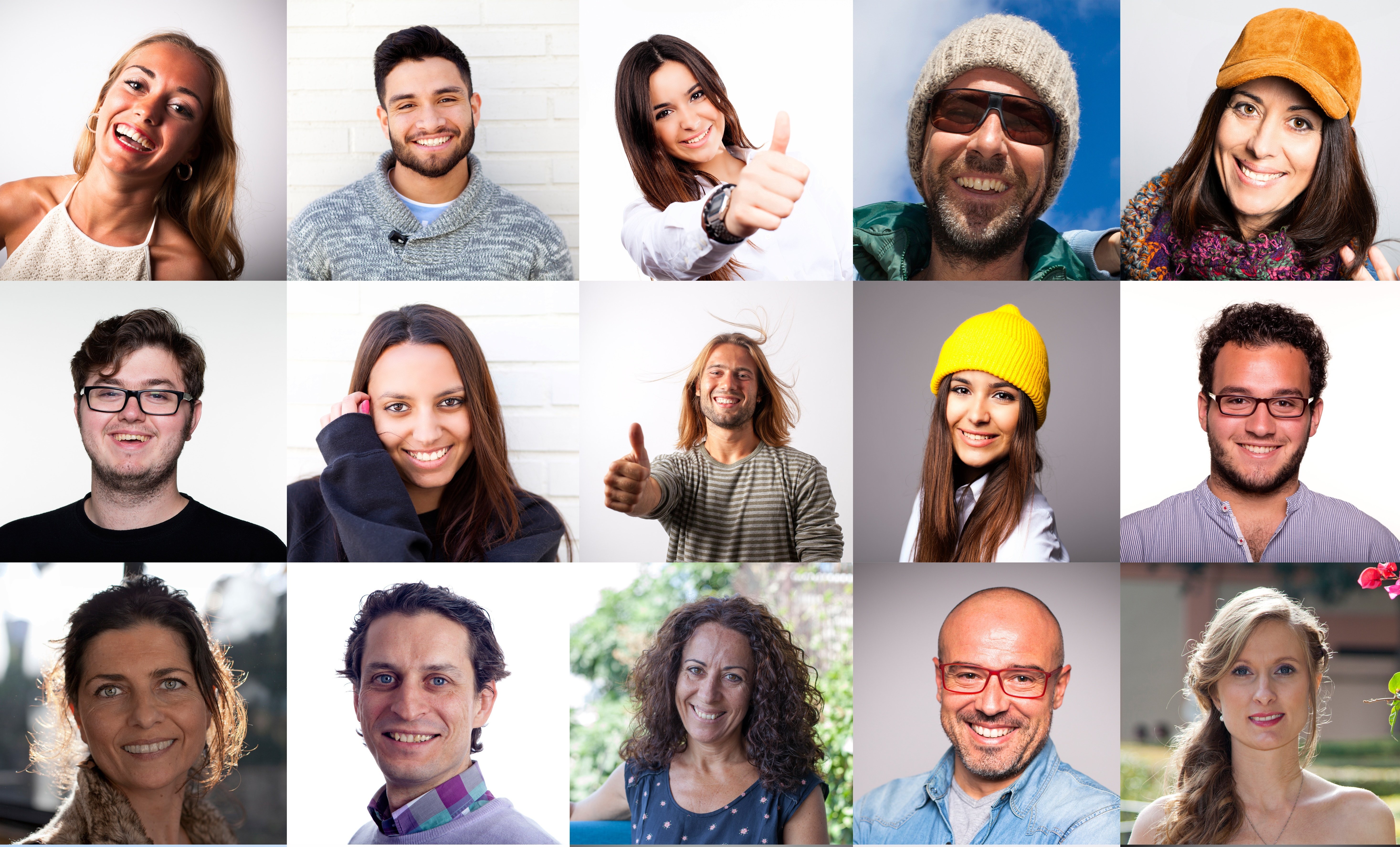 Relationships are an aspect of life that makes us human — whether they’re romantic, friendly, or business related. We are wired with the need to be around and interact with others. For some it seems easy and natural, but for others shyness often has them crawling back into their shells.
Being shy is one of the hardest things for people to get over. We all want to feel liked and belong. Some of the most charming people seem to be the most likable. The trouble is getting over the awkward hurdle.

END_OF_DOCUMENT_TOKEN_TO_BE_REPLACED

The Importance of Logo Design

Happy Birthday Willy James from everyone at EM-Med

Let us help you build your brand! #branding #bran